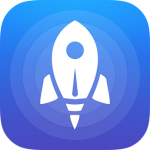 Following up on my previous Sonos article, I was excited to see that Launch Center Pro (LCP), an app to launch actions and apps on iOS devices, has released a new version whose primary new feature is a custom IFTTT channel. This channel allows LCP to act as either an IFTTT trigger or action. We're going to use it as a trigger, and send a command up to an IFTTT recipe, which will contact our Sonos and start playing a Sonos Favorite on a specific Sonos Zone.

You'll have to get my Sonos-IFTTT integration going first. Go check that out, and return once you've got it working.

Next, grab the recipe by clicking on the below image from an iOS device with LCP installed, or from your desktop browser: Once that's installed, you need to set up LCP to trigger the recipe on IFTTT. To do so, open the Action Composer in LCP, go to System Actions, then IFTTT Trigger. From there, select *Trigger Recipe with Values. *Name your new action whatever you want, but give it a Trigger Name of “Play Favorite”. This is important, as the Trigger name is how IFTTT matches your action with one of its recipes. Enter the name of the Sonos favorite (case insensitive) you want to play as Value1, and the Sonos Zone or comma delimited Zones (again, case insensitive) in which you'd like to play this Favorite as Value2. Note that picking multiple Zones will not sync playback. The IFTTT-Sonos integration makes no effort to create groups from Zones. Pick your icon, and press “Done” until you're back on the LCP screen.

Once the action is set up, tapping it should, with a slight delay, start your Sonos Favorite playing. It can sometimes take a few seconds to get things started, as you can see below when I start a second favorite in the Playroom.

I've put a group of actions together for my Bedroom Zone and for the kids' Playroom zone. (I didn't set one up for my family room, as I've already got that covered.) It's pretty simple to open LCP (which launches really fast) and fire up a Favorite, and it's much faster than going through the official Sonos app (which I love, by the way).

I've made another IFTTT recipe which generalizes the IFTTT-to-Sonos path for LCP use, and adds Value3 to control the actual command. I use this to set up a LCP action to make a Sonos Zone say anything I want (see the format in the Sonos-IFTTT integration post) from anywhere in the world! Here's the recipe: And here is the LCP action to make it happen.

Let me know how it goes.